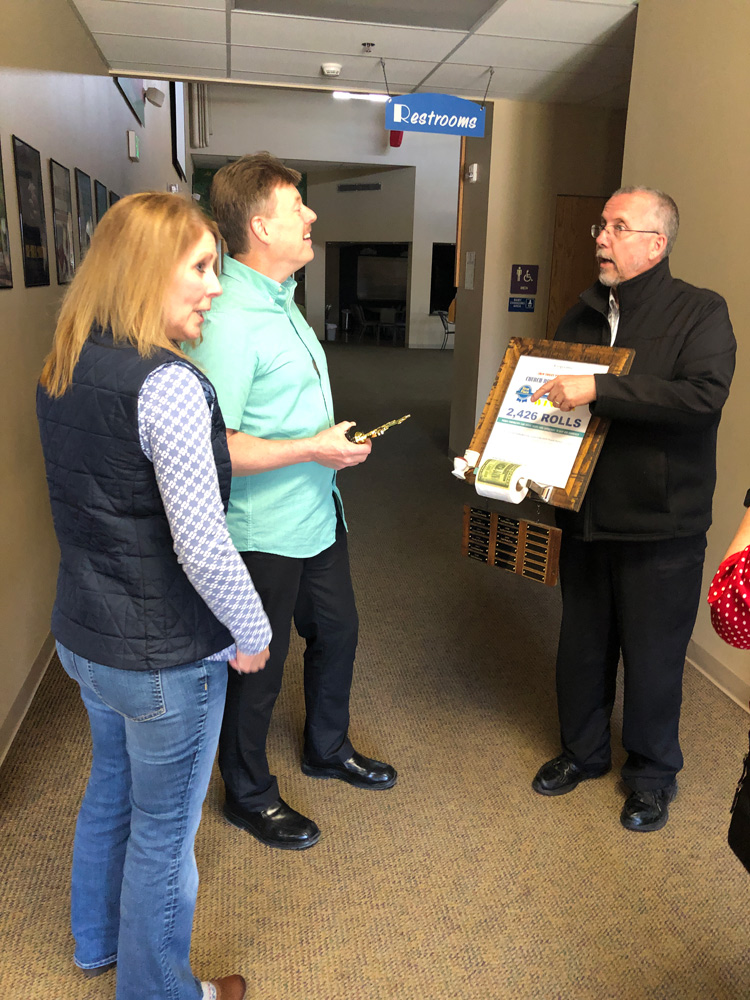 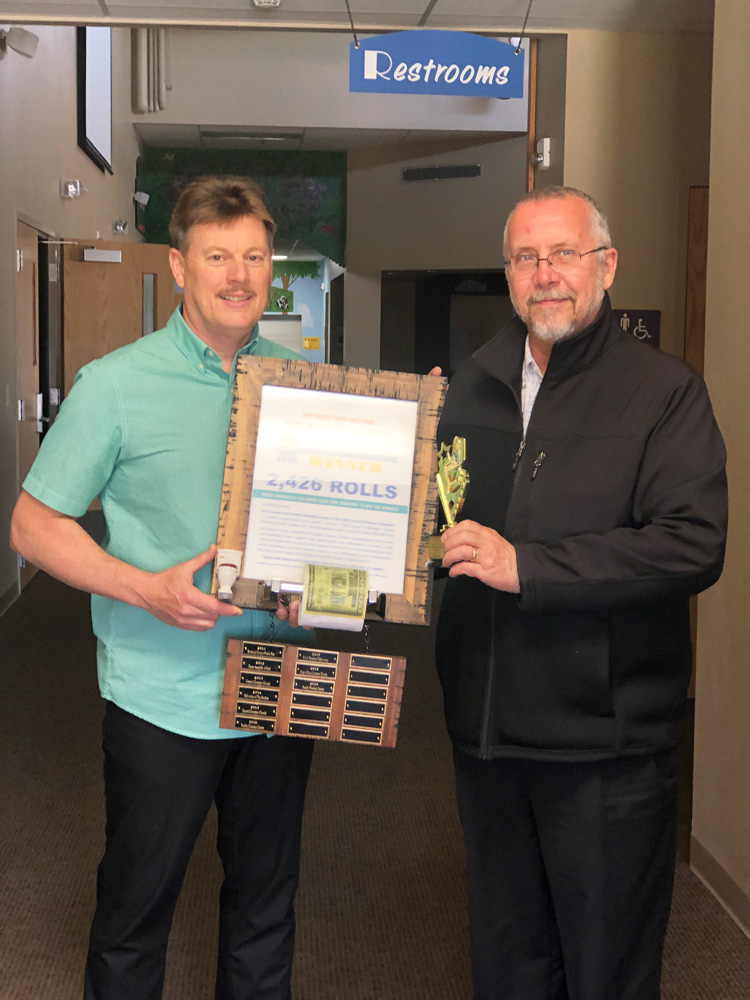 The tears, which were shed by Pastor David, set the tone for the ceremony and could not be matched by the very best of Academy Awards, Screen Actors Guild, ESPY, MTV, Golden Globe or Grammy Award ceremonies. The significance of this victory became fully known once the coveted “Porta-Roll Trophy” was placed into Pastor David’s hands, as it could not be moved, viewed or swayed while he gave praise to his congregation for their first win in the annual church competition. Some say he was repeatedly shouting “we did it, we did it” but that could not be confirmed due to the loudness of the attending crowds. Pastor David was overjoyed that they brought in 2,426 rolls of toilet paper to benefit Pueblo Cooperative Care Center, not to simply “claim the throne” of victory, but to support people in Pueblo County with a very common need through an uncommon request.

This amazing gesture of love and caring is best reflected upon through Scripture, where in Galatians 6:2 it is written “Bear one another's burdens, and so fulfill the law of Christ.” Thank you Pastor David and all of those at Family Worship Center for living up to God’s word and truly making a difference!

Check out what the
BUSINESS DIVISION
is doing

Check out what the
CHURCH DIVISION
is doing 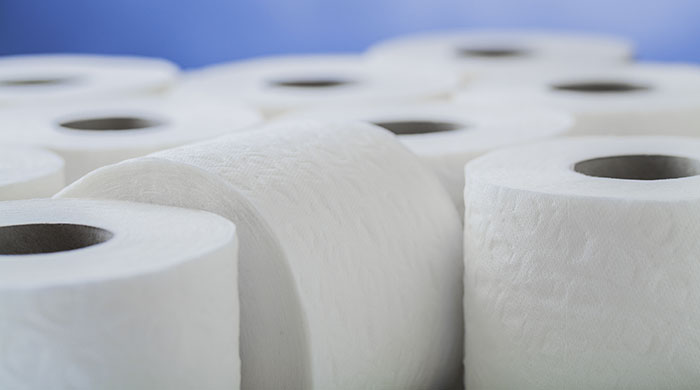